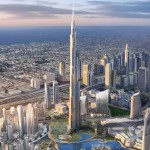 As well as being the first language for over 200 million people in over 20 countries, making it the fifth most-spoken native language in the world, it is spoken by another 200 million people as a second or foreign language. It is one of the six official languages of the United Nations and the liturgical language of the religion of Islam. Arabic is in high demand in the Western world and a growing number people are choosing to learn Arabic as a foreign language. It is also desirable for people seeking work in the fast-growing markets of the Middle East. Arabian countries are: Algeria, Bahrain, Djibouti, Egypt, Iraq, Jordan, Kuwait, Lebanon, Libya, Mauritania, Morocco, Oman, Qatar, Saudi Arabia, Somalia, Sudan, Syria, Tunisia, United Arab Emirates, and Yemen.

From a business point of view there is much wealth in the middle-east where oil reserves are present. As it is estimated that oil in the area will run dry by around 2030. Many oil-rich countries in the middle east have been diversifying. Dubai, a city in the United Arab Emirates for example is a perfect example of this, which has become a haven for expats from all over the world.  On top of oil-related projects there has also been a need to build the new buildings and infrastructure with impressive engineering feats which has required many external consultants, engineers, architects and workforce to be bought in. In more conservative countries like Saudia Arabia there is a slow but growing trend to stay within religous moral conduct but be open to new worldly trends with a big demand for learning english.  So if you have employment there, learning Arabic is a great way to understand the rich culture.

Anyone who doubts the importance of Arabic-speaking business to the rest of the world for example, the United Kingdom’s economy should take a look at The Shard – the tallest building in Western Europe was largely made possible by Qatari investment.

There are two main forms of Arabic.  Formal or classical Arabic is the language written in the Qur’an and the form which is taught in schools, although today it is written more than spoken and secondly modern standard Arabic is much more commonly used and is understood across the Arab world.

The language is written and read from right to left, meaning that books and documents are read from back to front. Numbers, however, are written from left to right. Arabic script is the second most widely used writing system in the world and words are always written with joined up letters.  There are 28 basic letters in the Arabic alphabet. Other languages which use the same alphabet include Farsi, Urdu, Pashto and Kurdish. Arabic was originally written without dots above or below letters. The dots have been introduced more recently.