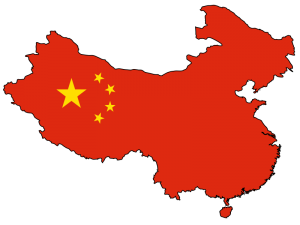 China is the world’s second largest economy with reserves at some three trillion dollars. Some predictions say China could pass the United States to become the world’s largest economy by twenty twenty-five.  As well as from a business point of view but also cultural it makes perfect sense to do business or connect with the fastest growing country in the world and make an effort to engage people in their own language. Understanding of the language and culture goes a long way in building strong relationships – especially in China.

China has a population of around a billion people, of course there is also a push from within to also learn outside languages. It is said that due to the large numbers there are more people learning and speaking English (around four hundred million) then there are English speakers in the United States.

Standard Chinese is the Beijing dialect of Mandarin. It is the official form of Chinese used by the People’s Republic of China, the Republic of China (Taiwan) and Singapore and one of the six official languages of the United Nations. There are other dialects such as Cantonese, Wu and Min but by far the largest group of speakers is with Mandarin, about 850 million.

Mandarin is a tonal language and all emphasis is on how the sound of the word is spoken, especially the ending. There are four tones in Mandarin (flat or high level, rising or high-falling, falling-rising or low and falling or high-falling). Therefore, one written word could have four completely different meanings.

There is no actual alphabet as such. Official modern Mandarin has only four hundred spoken monosyllables but over ten thousand written characters. One would need around two thousand characters to be able to read and write.

To view a sample of our teachers providing lessons please go here.   To discover why so many Westerners are rushing to understand and get a much deeper feel for the culture why not register and find out yourself!