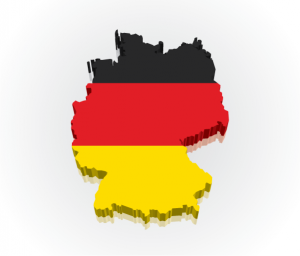 German is a West Germanic language related alongside English and Dutch.  German is written using the Latin alphabet. In addition to the 26 standard letters, German has three vowels with umlauts (Ä/ä, Ö/ö, and Ü/ü) and the letter ß.

German is the third most taught foreign language in the English-speaking world, after French and Spanish.

German is the main language of about 90 – 98 million people in Europe (as of 2004), or 13.3% of all Europeans; it is the second most spoken native language in Europe after Russian, above French (66.5 million speakers in 2004) and English (64.2 million speakers in 2004). It is therefore the most spoken first language in the EU. It is the second most known foreign language in the EU.It is one of the official languages of the European Union, and one of the three working languages of the European Commission, along with English and French.

To view a small sample of our tutors providing German lessons please click  here   There is no cost to register and creating an account takes only a few minutes.

For working through as a course: Register Now For Free