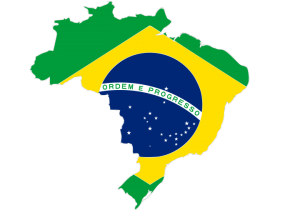 Brazilian Portuguese is the variety of the Portuguese language spoken in Brasil. It is written and spoken by almost all 190 million inhabitants.

Some have said the difference between Portuguese and Portuguese-Brasil is like comparing American English with British English but the differences are much greater from spelling to the use of verb tenses and terminology. In many situations the language is applied incorrectly. The choice of words can be completely different and sometimes ‘laughable’. Especially true when looking at technical texts where even the choice of ‘imported’ words are different.