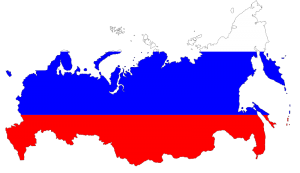 Russian is a Slavic language spoken primarily in Russia, Belarus, Ukraine, Kazakhstan, and Kyrgyzstan. It is an unofficial but widely spoken language in Moldova, Latvia, Estonia, and to a lesser extent, the other countries that were once constituent republics of the USSR. Russian belongs to the family of Indo-European languages and is one of three living members of the East Slavic languages.

It is the most geographically widespread language of Eurasia and the most widely spoken of the Slavic languages. It is also the largest native language in Europe, with 144 million native speakers in Russia, Ukraine and Belarus. Russian is the 8th most spoken language in the world by number of native speakers and the 4th by total number of speakers. The language is one of the six official languages of the United Nations.