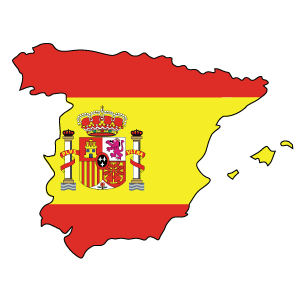 anish is a Romance language originating from Castile in Spain. There are approximately 405 million people speaking Spanish as a native language and a further 60 million as a second language. This makes it the second most popular after Chinese Mandarin. It is the official language of 21 countries and is one of the six official languages of the United Nations.

The alphabet is latin-based and Spanish is the third most commonly used language on the internet.